A place for friendly discussions of politics in general.
Post Reply
29 posts

Kristatos wrote:Would you feel the same way if it was al-Qaeda organising an insurrection, instead of Trump?

Organizing Insurrection as what politics has become,

the Democrats for five years played up false narratives of stolen elections and try to drum up resist movement out of thin air. Paid to organize protest in all major cities (which the Russians actually did put money into). Democrats actually had political hires in federal agencies resisting by outright lying to creat new false narratives for the news cycle.

What ought to scare republicans is their base detests them as a party and they have no control over the base. Same on the left Bernie Sanders side, those supporters detest the democrat party, neither of these outliers will follow their party leaders. When the leaders in Government can not orchestrate people to follow them they are not leaders, they are empty puppets for whoever is really pulling their strings.

Trump did not creat the movement that pushed him to office, he nearly connected with it. Despite how the left tries to redefine what began as the Tea party and what the democrats tried to imitate with occupy Wall Street and subsequent movements it’s not so simple.
The mass of Americans reacting to the last $600 stimulus as an insult ought to shake Washington, instead they try to creat another new cycle to distract from it. The American people were insulted because it was.

The republicans lament self reliance and yet dump billions on to companies and foreign countries, how come those Countries and Companies shouldn’t be self-reliant?.

Democrats agree with bigger stimulus from the American people but put their special interest first and foremost, standing the line so their buddies get the pork and money is funneled back to the part heads.


IMHO the democrats I know disappointed by Obama are so because he didn’t try to improve average Americans lives, he improved life for the system but not those the system manages.
IMO average American of all walks will start to push for their lives to be improved over buying influence around the world and more foreign wars I think this is what Trump did and it will be a lasting movement beyond political parties because it didn’t begin with the party’s.

Yes, please don't take anything negative I say about Trump as an endorsement of Biden and the Democrats, and vice versa. Both parties are awful in their own way, and neither represents the vast majority of Americans. 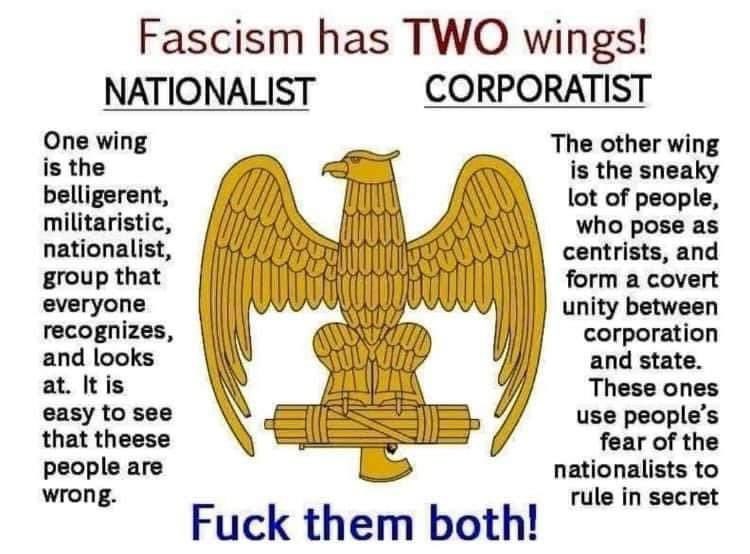 I’m kind of worried about the next step big government will take, giving the businesses who stayed open during covid a pass from any liability. I happen to know a great many companies were/are scared shi’less about being sued over covid death of employees forced to work during the pandemic, especially in the early days where no ppe was available.
I was allowed to read a internal company email where managers of different departments were brought up to speed by the home office, Walmart and a few others are being sued this sent shockwaves through corporate America, our company had us working without PPE except for managers, so I don’t have one once of sympathy to give them.

I suspect the amount of liability will strongly correlate to the size of a company's political donations. This is not a partisan issue, btw. It is quite common for a big corporation to donate to both main parties, so that they're covered whoever is in power.

I do think it is a money talks for those in power in most democracies. Ideals and political rhetoric are only camouflage for persuading the common people that you on their side

I also think this is why the system feared trumpism because at Trump heart he’s a FDR with an eye towards results for the people growing the wealth of the nation, and what the other presidents and congress were bribed with to support the system he already achieved on his own.

We don’t need trump for the idea of putting citizens first to take hold, I believe this idea is taking hold because the attitude of Americans have shifted away from the post wwII nation building Cold War mindset

I'm no fan of Trump, who I regard as a simple conman using the presidency as a way of paying off his debts, but one way in which the Republican Party is better than the Democrats is that it is scared enough of its voters to allow them to choose their presidential candidates. If they operated like the Democrats, they would have rigged their primaries to install Jeb! as their candidate in 2016, the will of the voters be damned.

President Biden just ordered Syria to be bombed. Democrats are ecstatic that he did it without tweeting about it. So presidential! It would be funny if it wasn't so awful.

Is Joe Biden still President? He is not on (British) television much. Compare this to when Donald Trump became President.