Did you know about this film? I found out about it recently, had no idea it had come out in 2017.

The film is a mix of documentary and a re-enactment, chronicling the stranger-than-fiction true story of George Lazenby, a poor Australian car mechanic who, through an unbelievable set of circumstances, landed the role of James Bond in On Her Majesty’s Secret Service (1969), despite having never acted a day in his life. Then after being offered the next six Bond films and a $1 million signing bonus, he turned it all down… 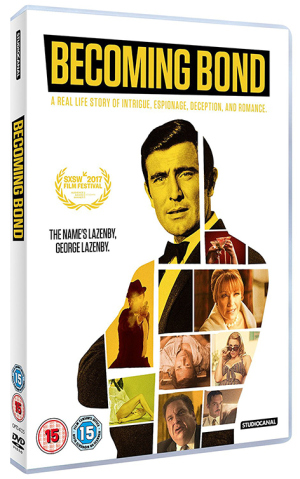 Re: Becoming Bond, a film about George Lazenby

I've heard of it, but I haven't seen it yet.

Is it a true to events retelling? I remember lazenby had pull quite a few things to get to the stage where he was one a the contenders.

The walk away is always contentious because there are studio stories where they wouldn’t fund another with lazenby, then there is lazenbys contention he quit, cubby and saltzman sired the fees for the next movie to his account before the press tour to promote the movie and lazenby had the funds returned.
The picture deal he was supposed to get would have been huge, if fulfilled he would be one of the longest running bonds. Not like Craig who is in name only, make two films a decade and he’s a winner d**n it.

Actually I was thinking about how little bonds have progressed since 2012, with the rest of Hollywood completing complicated series in 5-6 years and long story arcs with multiple installments. If lazenby the chance could have have taken bond there? I doubt it cause it’s still cubby and saltzman producing