bjmdds wrote:It was wishful thinking by them.

I forgot BOM is owned by Amazon!

bjmdds wrote:It was wishful thinking by them.

I forgot BOM is owned by Amazon!

So did I. Probable eon pr or some insider leaking info and the reporter/stenographer “forgot” about currency exchange


Eon (or Sony) purposely mislead reporters about the cost of casino royale, leaked the total of 70million gbpound budget knowing it would be misreported, the talking point it was supporting was brosnan was too greedy and CR is back to basics with a sensible budget, some places still have/had the wrong numbers for that budget (the numbers.com?)
Truth was CR cost more the DAD.

Interesting the the bo mojo 8 day vs with no time vs spectre 8 day total is $75 million to $105,
I forgot how poorly Specter really preformed and I didn’t realize the totals now have 400 some odd days counted
From the email leaks I think they needed 1 billion to break even for spectre , I think , probably got there eventually with Home video and other sales


I think the no time to die decline even without covid was on the way to the bond franchise , as happened with dc and Star Wars , but those franchises I have a speed slightly faster than a glacier. Babs was stuck in her own world ignoring the most excited people have gotten about bond since 2012 were recast and reboot rumors.
............

No surprise, when you basically off the franchise.
Top


No time to die fell 56% on the second weekend , Spectre was 52%, skyfall 53%, quantum 60% casino royale actually had a bigger second weekend didn’t really drop until thanksgiving and new movies

I’m actually surprised venom is hanging on so well

This is very deep dive on Box Office. I think you all will enjoy. Barbara's dumpster fire got beat by a B Movie slasher film that was also streamming on Peacock.
https://www.youtube.com/watch?v=JVH3sXL-rSU
Top

Our "friends" at MI 6 spinning their asses off abt the #dumpsterfire. While not spinning Box Office for EON, their "Moderating" aka deleting posts by 007 fans who don't engage in group think. Next, they will be burning books, probably Fleming's.
Top

Our "friends" at MI 6 spinning their asses off abt the #dumpsterfire. While not spinning Box Office for EON, their "Moderating" aka deleting posts by 007 fans who don't engage in group think. Next, they will be burning books, probably Fleming's.

Par for the course Jason, MI6 holds enough water for EON to fill the English channel and their aggressive "moderating" as you so eloquently put it is the reason many members migrated here over the years.
The Rouge Warrior, On Hermaphrodite's Secret Service 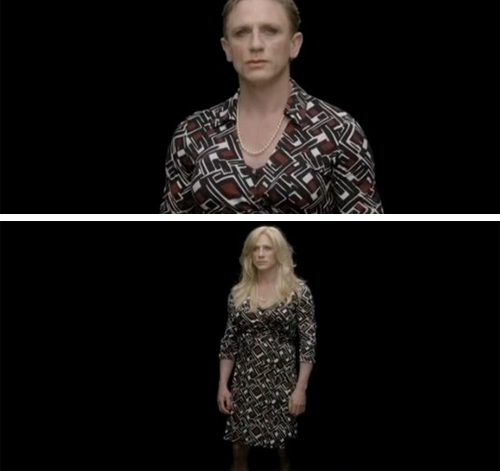 Ridley Scott's The Last Duel is having a tough old time at the box office. Partly my fault, as I haven't seen it, but it's sad to see a director as talented as Scott fall so hard.

NTTD's weekend numbers were officially lowered to $23,792,118 as it dropped 57% and its Monday numbers dropped a whopping 65% here in the USA. It is not looking good here for Broccoli and her sidekick MGW. The rest of the planet should follow this lead as well.

Our "friends" at MI 6 spinning their asses off abt the #dumpsterfire. While not spinning Box Office for EON, their "Moderating" aka deleting posts by 007 fans who don't engage in group think. Next, they will be burning books, probably Fleming's.

Mi6 past and present were always this way. Kind of hard to deny even with covid as an excuse there was a problem with the bond franchise at least as far as the wider audience was concerned

They will blame, the new 007. Bond dying, the delay,
IMHO the truth is the audience was off Craig and this take on bond 2015 but this is the first movie since then were the audience can show it by not buying a ticket

It's day 17 of NTTD's North American release and it's so far grossed $120,041,599 (estimated). For comparison, here are the day 17 cumes for the last few Bond films. These are all unadjusted figures, which makes NTTD look somewhat better. Even so:

In other words, NTTD's tracking is comparable to that of Bond films made 15-20 years ago. Again, unadjusted for inflation. (Source: The Numbers).
"Bond films aren't dramas, they're pantos" - David Mitchell
Top