Who was being bugged again? MLK or Donald J Trump?

I would try to verify it through some other means other than secrect government tapes illegally made.

I watched him recently in Pie in the Sky where he had a great role as a very nasty gangster. 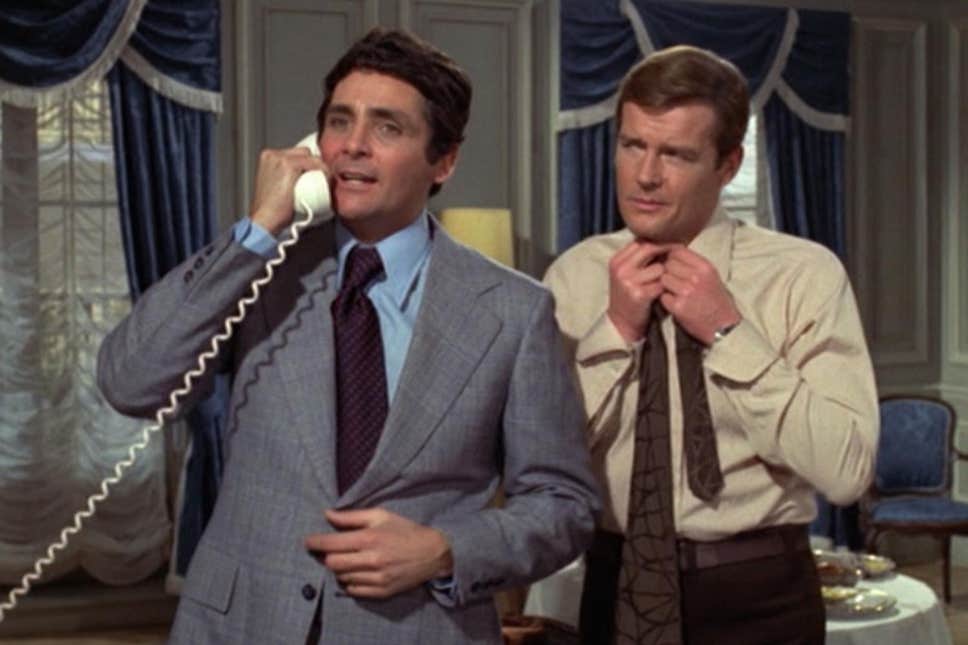 Albert David Hedison Jr. was born in Providence on May 20, 1927, and began his career under the name Al Hedison. He was married to Bridget Hedison from 1968 until her death in 2016. They had two daughters, actress and director Alexandra Hedison (who is married to actress Jodie Foster) and Serena Hedison.

China signaled on Monday it was now seeking a rapid and "calm" end to its ongoing trade war with the U.S., as Asian markets crumbled and China's currency plummeted to an 11-year low following the latest tariffs on $550 billion in Chinese goods announced last Friday by the Trump administration. News of the possible opening in negotiations came shortly after President Trump threatened to declare a national emergency that would result in American businesses freezing their relationships with China. Trump's tariff barrage on Friday was a response to China imposing its own retaliatory tariffs on $75 billion in U.S. goods.

Washington Post opinion writer Jennifer Rubin pushed for Americans to work together to "burn down the Republican party" in the hopes of extinguishing any trace of the enthusiasm for President Trump.

Rubin appeared on MSNBC's "AM Joy" Sunday and said that not only does Trump have to lose in 2020, but there must be a purging of "survivors" who still support the commander-in-chief.


"It's not only that Trump has to lose, but that all his enablers have to lose," she said. "We have to collectively, in essence, burn down the Republican Party."

"We have to level them because if there are survivors -- if there are people who weather this storm, they will do it again."----------this is why I detest left-wing elitist liberals in this country

John P. Drake
Agent
Posts: 1677
Joined: Sun Mar 03, 2013 1:42 pm
Favorite Bond Movie: Dr. No, From Russia With Love, Goldfinger, Thunderball, The Spy Who Loved Me, Moonraker, For Your Eyes Only, The Living Daylights, GoldenEye, Tomorrow Never Dies.
Favorite Movies: There are many to tell, but I prefer something that has a great storyline with loads of escapism and fantastic performance with over-the-top elements which would be pleasing. Action is the main genre I follow, and the spy genre would second that.
Location: Somewhere, strangling Barbara Broccoli.

Every dog has its day, BJ. People eventually will rise up against those amoral "anything goes" leftist pricks.

When they do rise up Drakester, there will be carnage in the streets and the liberals will lose and act as if they had no idea why it happened

It is coming, and we all know it. Ed Koch was my Mayor here in NYC decades ago. I voted for him all 3 terms because even though he was a liberal Democrat, he defined himself as a "liberal with common sense" and he believed in fiscal conservatism and law and order, kept his social values private, and he called out those on any side that caused trouble. This wave of left-wingers are demented and psychologically damaged individuals who do NOT practice what they preach and then are insulted when they get attacked back against one of their divisive and erroneous statements. Look at the former Detester-in-Chief, the almighty Oh-bama as an example. He preached about excess wealth being evil and how the former global warming, which was changed due to it's false assertions 20 years ago to climate change, would raise the sea levels making living near a shore impossible. What did this coconut brain just do? He made $70 million with his wife on book deals and is buying a 6900 sq ft home on Martha's Vineyard for $15 million

How will he heat and cool it, with matches and hand fans? Talk about leaving carbon footprints

I guess he and Michelle are NOT worried about the earth ending in 12 years due to climate change and now he realizes he loves the wealth and all that affords. Let that skunk donate ALL of it to charities if he really feels that way

bjmdds wrote:When they do rise up Drakester, there will be carnage in the streets and the liberals will lose and act as if they had no idea why it happened

It is coming, and we all know it.

They will Nazi it coming (bdum-tish). But it's actually the left who are becoming more violent, as this chart from Wikipedia shows: 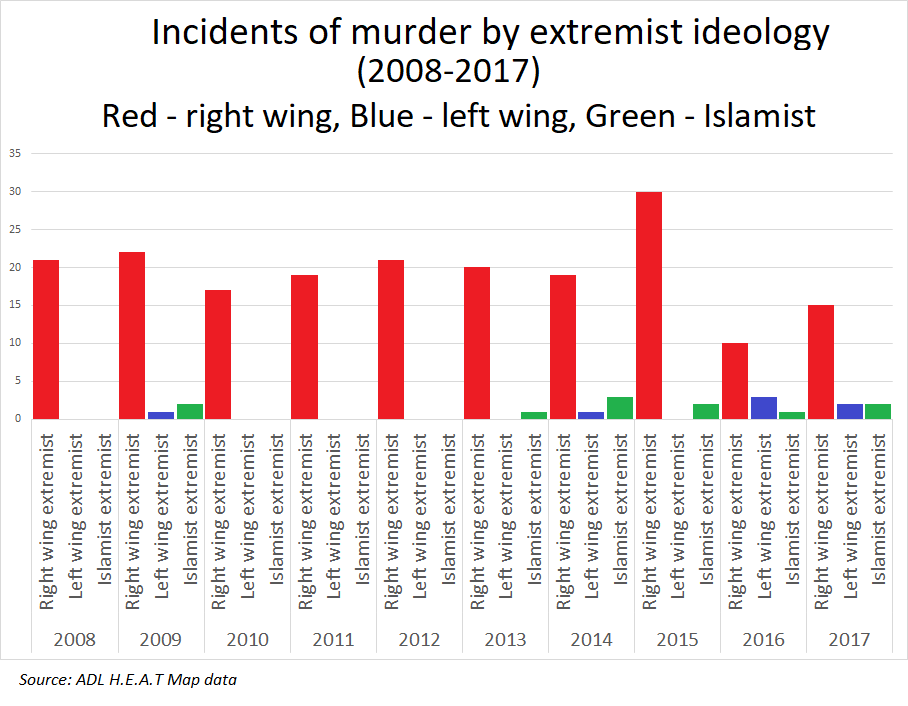 They have a long way to go to catch up with Vanilla ISIS, but they are starting to fight back.
Balls, Q?
Top

A whistleblower's allegation that President Trump had acted inappropriately during a July 25 phone call with Ukrainian President Volodymyr Zelensky will ultimately backfire, and shine a light on Biden's own possible misconduct. CNN acknowledged that the whistleblower had no first-hand knowledge of the call, and a top Ukrainian official on Saturday defended Trump's actions.

President Donald Trump's job approval rating this week averaged across major polls surpassed that of his predecessor President Barack Obama at the same time eight years ago, giving some actual good news to Trump. Trump's approval rating on Wednesday was 44.3 percent, according to a Real Clear Politics average of more than a half-dozen major polls. That is higher than Obama's average approval rating of 43.9 percent on September 18, 2011, by the same measure.----------and this is with the media kissing Barack's rear end vs. them despising Trump

The head of the committee, Adam Schiff, on making up his own Trump call transcript: That was just a “parody”!

A lawyer representing the unidentified whistleblower in Congress' impeachment investigation blasted "60 Minutes" on Sunday, saying the program "misinterpreted" a letter from his legal team in reporting that it indicated his client is under federal protection. Mark Zaid, the attorney, tweeted that the famed news program "completely misinterpreted contents of our letter," which he linked to from his Twitter post.

--------As President Donald J. Trump joined Finland President Sauli Niinistö for a joint press conference this afternoon, he was handed a breaking news article published by The New York Times. The story is damning for House Democrats: Impeachment czar and Intelligence Committee Chairman Adam Schiff (D-CA) knew about the “whistleblower’s” complaint against President Trump before he or she made it. “The federal intelligence community whistleblower law explicitly states intelligence community whistleblowers must formally go through the ICIG [Inspector General of the Intelligence Community] *before* contacting Congress,” Federalist cofounder Sean Davis writes on Twitter. Rep. Devin Nunes (R-CA) adds that Rep. Schiff “withheld this info from the American people” and even from the House Intelligence Committee. “In light of this news, it’s hard to view impeachment as anything aside from an orchestrated farce.”

[video]https://www.youtube.com/watch?time_cont ... 7XZmugtLv4[/video] PROOF CNN, the Certainly Not News network, is rigged against Trump by its head Jeff Zucker, and it was done by a liberal worker at that rancid network

Posts: 4365
Joined: Sun Feb 11, 2007 7:15 pm
Favorite Bond Movie: The Spy Who Loved Me
Favorite Movies: Amicus compendium horror films
It's a Gift
A Night At The Opera
The Return of the Pink Panther
Sons of the Desert

George Lopez doubled down Sunday on the bounty Iran has put on President Trump — for half. The comedian replied to another Instagram user’s post Sunday that Iran had offered $80 million to any person who assassinated Mr. Trump’s “during the televised funeral of General #QasemSoleimani after he was assassinated last week.” Mr. Lopez replied: “We’ll do it for half.”

He should be jailed for sedition immediately