James Bond Jr. is a fictional character described as the nephew of Ian Fleming's masterspy James Bond. The name "James Bond Junior" was first used in 1967 for an unsuccessful spinoff novel entitled 003½: The Adventures of James Bond Junior written under the pseudonym R. D. Mascott. The idea of Bond having a nephew was used again in 1991 as an American animated series for television in which the title character defeats threats to the safety of the free world. The series was mildly successful and spawned six episode novelisations by John Peel writing as John Vincent, a 12 issue comic book series by Marvel Comics published in 1992, as well as a video game developed by Eurocom for the NES and the SNES in 1991.

Although these works are based on a character being the nephew of James Bond, Bond is described in Fleming's books an only child. Unbeknownst to agent 007, however, he does have a son as told in Ian Fleming's novel You Only Live Twice. The son makes an appearance in a later short story by Raymond Benson titled "Blast from the Past."

The use of "Jr." in the character's name is unusual in that this naming convention is generally reserved for sons as opposed to nephews and other indirect offspring. Alternatively, it has been proposed that Fleming's James Bond had a brother, also named James Bond, who is the father of James Bond Jr.
Top

Re: About James Bond Jr.

I used to watch the James Bond Junior cartoon series when I was a kid. Looking back, the show was kind of corny, but still pretty fun to watch. 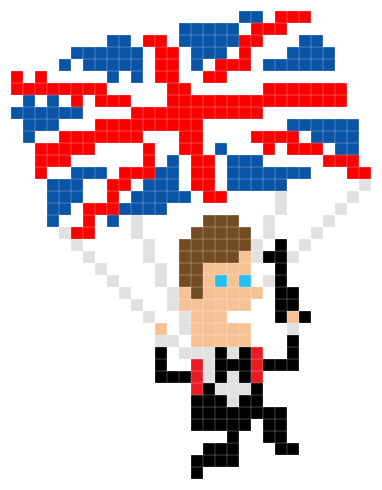 Re: About James Bond Jr.

I've never played the game, but I do have vague memories of the tv show. I've also got some of the figures. Bond, IQ & Jaws are the ones I have IIRC.